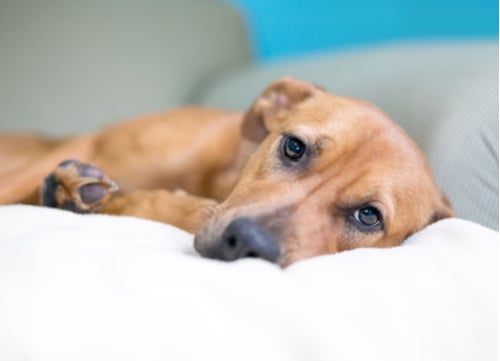 Addison’s disease was named after the physician Thomas Addison defining this dysfunction of the adrenal gland in the 19th century.

This disease is well-known as adrenal insufficiency (hypoadrenocorticism).

It can be fatal to dogs without adequate treatment since glands can’t produce their hormones, cortisol, and aldosterone, in the required amount.

The history of this disease says that it was diagnosed in dogs in the 1950s.

It is not rare but often underdiagnosed since it is not possible finding it without looking for specific symptoms.

Some data show that Addison’s disease is 100 times more common in canines than humans.

What Is Addison’s Disease?

The adrenal glands next to the kidneys regulate a few bodily functions by producing two hormones.

Once these glands start with lower production of hormones, the dog gets one of two types of Addison’s disease:

Primary Addison’s disease appears in either typical or atypical form after the dog’s immune system destroys its adrenal gland.

The reason for this is still idiopathic (unknown).

Approximately 90% of canines suffering from Addison’s have this type of disease.

Secondary Addison’s disease – It occurs as a complication of a tumor in the pituitary gland.

Also, the cause can be the pituitary gland that doesn’t produce enough hormones necessary for stimulating the adrenal gland for some reason.

In some cases, the dog can develop this disease after stopping steroid therapy abruptly.

Causes of Addison’s Disease in Dogs

In most cases, it is impossible to determine the reason for Addison’s disease’s occurrence in canines.

However, there are indications that it can occur due to an autoimmune process against the adrenal glands.

Any dog breed can develop Addison’s disease, but some of them are more predisposed, including:

Approximately 70% of dogs suffering from Addison’s are female.

They are usually 4 to 6 years old.

Symptoms of Addison’s Disease in Dogs

It is pretty complicated to diagnose progressive Addison’s disease since the range of symptoms is wide.

Dogs suffering from this disease may experience the bullet points below.

You can follow through with each one to get more detailed information on each symptom:

Diagnosis of Addison’s Disease in Dogs

Addison’s disease is often quite challenging to diagnose since the first symptoms occur when 80 to 90% of the outer adrenal gland fails.

The reduction of aldosterone production will often cause changes in calcium, sodium, potassium, and chloride serum levels.

However, in many cases, these results are within physiological limits.

On the other hand, the reduction of cortisol production will affect the glucose level in the blood, the formation of red blood cells, metabolism, blood pressure, and the breakdown of proteins and fat.

If the vet suspects Addison’s disease after a blood test and physical exam, here are the following steps:

It is how to monitor the adrenal glands’ function after adding the synthetic ACTH.

The point of this test is to measure the concentration of cortisol before and after adding ACTH, which will show if the adrenal glands function ordinarily.

The first thing the vet needs to do is to solve the crisis.

Since it is an acute medical emergency, the dog must stay in the hospital to get intensive therapy. 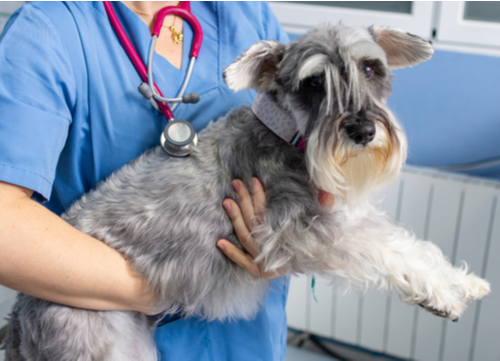 Once the animal is out of danger, the vet will prescribe replacement hormone medications.

This includes steroid prednisone daily and injectable mineralocorticoid once a month.

The physiologic dose of prednisone is 0.05 to 0.2 mg per pound of body weight.

It replaces the regular amount of cortisol the body produces during the day.

Plus, canines with typical Addison’s disease will need mineralocorticoid supplementation.

There are two of them, Florinef (fludrocortisone acetate) and Percorten-V (DOCP or desoxycorticosterone pivalate).

Unfortunately, Addison’s disease is not curable, and the dog needs to take hormone therapy for the rest of its life.

The problem is that finding the proper dosage of the medications will take time and multiple measuring of the hormone level.

It is practically impossible to prevent Addison’s disease except in the case of an Addisonian crisis induced by medication.

Prognosis of Addison’s Disease in Dogs

Once the proper diagnosis is made, the prognosis of the disease is excellent if the dog gets its medicaments regularly.

Addisonian crisis is the most dramatic symptom of this disease, which occurs once the dog goes into shock.

It results from an entirely unbalanced level of hormones and circulatory collapse.

It can be dramatic since most owners are unaware that their dogs have a health problem.

In fact, in 30 to 35% of dogs, the first diagnosis of Addison’s disease is after the crisis occurs. After giving the dog glucocorticoid steroids and intravenous saline solution, it will recover within roughly two hours.

READ NEXT: 11 Most Deadly Dog Diseases 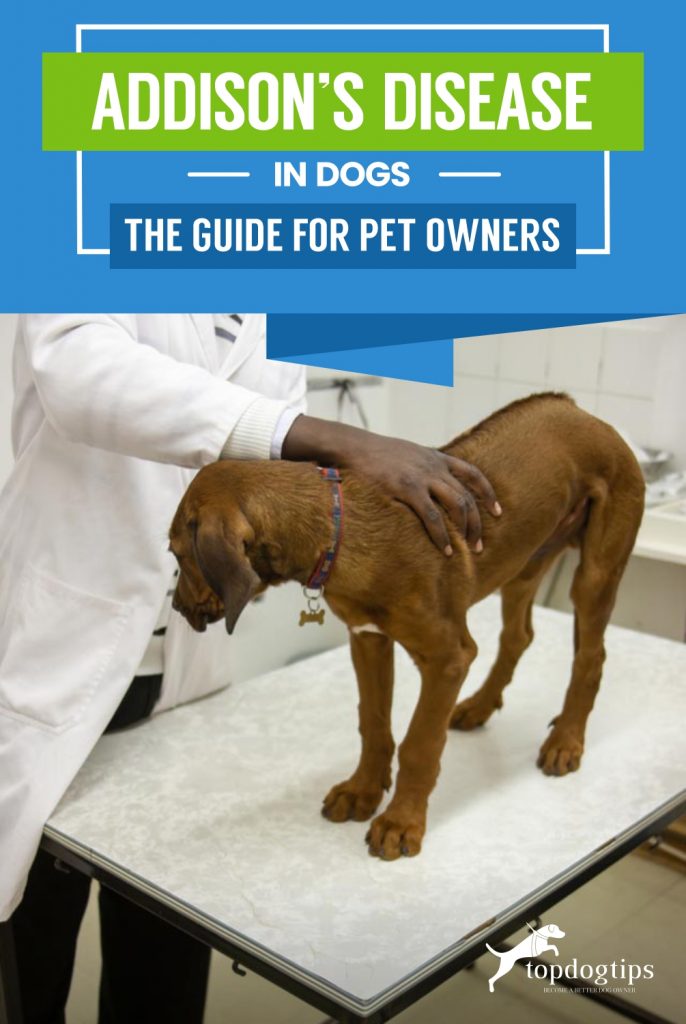