Ask anyone if they’ve heard of padel (pronounced exactly like the tool used to move a floatation device through water) and they’ll probably scrunch up their face, search their grey matter and nod, saying, “Oh yeah, that’s like tennis, right?”

The follow-up ask is of course, “Have you played?”, but most answers would be, “Er… no.”

That’s quite sad because, for sports and court enthusiasts, the game is an exciting spin on tennis and squash. Think of it as a tennis match without the stuffy dress code and a lot like squash but without the constant sound of balls-against-the-wall. The result? A social, fun game that’s fast-paced and breaks the rules enough to make it cool.

If you were to try padel, you’d quickly understand why it’s so popular and addictive: having a fenced-in arena means the ball is almost always in play, while simply hitting very hard won’t necessarily score you points the way it would in tennis or squash.

And yes, the oft-touted refrain (dare we say slogan?) “fastest-growing sport in the world” might be true: Padel is gunning for Olympic status already, with tournaments and courts cropping up all over.

We checked out our first game at the new court in Cape Town’s Greenpoint. The court is about two months old and slick.

There’s brand new flooring that’s soft and padded as you walk, with what looks like sea sand gently enmeshed in the ground. They’ve thought of everything: baskets as a catch-all for your keys, phone, coffee, water. Benches for the rest of the kit. A small table off to the side for a post-game coffee and a chat, or for spectators to eat and watch.

Each court is fenced off with sliding gates to let you in or out and they’re walled in on either end by what looks like reinforced plexiglass. The walls are included in game play (like squash). The ball is allowed to bounce twice: once on the ground, once off the wall, and then it’s free to be swung into the opponent’s side.

The Rules of Padel

The game follows the same scoring system as tennis, but the game play is slightly different.

Essentially, padel is fun and easy enough to learn, because it’s not a completely new set of rules or even a wildly different method of game play.

You’ll need a padel racquet, which is wider than a squash racquet and stringless, with round holes drilled. Prices vary, around R1000 each, made of either fibreglass or carbon. The latter retails for around R5000, making it a serious investment piece.

The ball is a modified tennis ball, made slightly lighter. You could probably get away with a regular tennis ball, but official padel courts will have balls and racquets for hire. 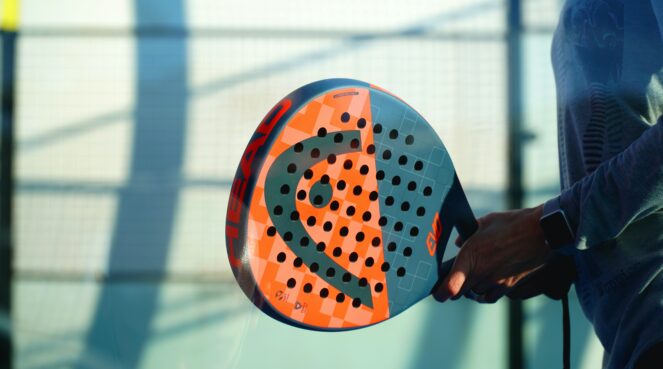 READ MORE: This Is Exactly How You Can Join The FREE adidas Runners Club RN

How To Play Padel

You’d need to visit Playtomic to find a court near you. It’s an app – and website – that allows you to scope all the Padel courts in the world and book your slot seamlessly. The app includes your player ranking, and the ability to view other people’s ranking too. Booking a session via the app costs around R180, with hiring the racket costing R50.

Right now, there are about 15 courts stationed around the country, and different organisations like Africa Padel are making it their mission to expand the game around the country. The Africa Padel courts are very much geared to be a social scene: there’s space for people to sit and watch the game, and afterwards, mill around with coffee or pizza. So, ready to take a whack? 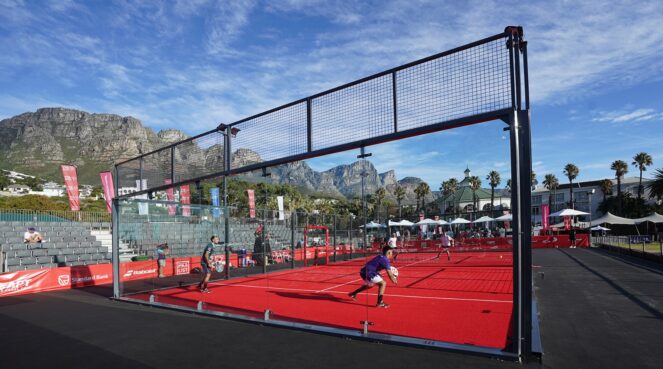