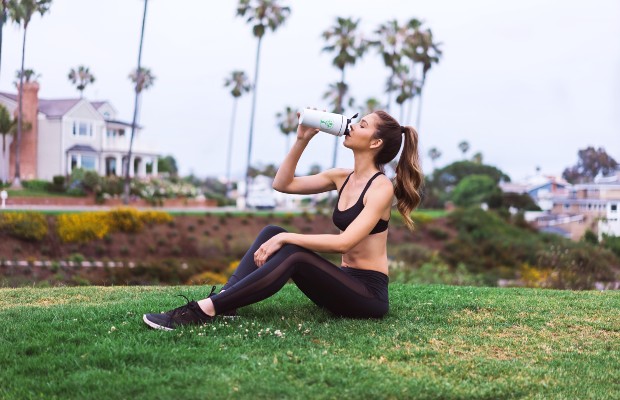 Even when you have the best of intentions, life sometimes gets in the way of a fitness routine. And whatever the reason behind it, the absence of workouts will cause your body to lose some of the progress it had made. Here’s what happens when you stop working out – in difference scenarios.

#1 You stop working out because…

You had a crazy month at work and stopped your usual four-day-a-week gym habit cold turkey.

Doing a mix of strength training and cardio is optimal for weight loss or control, muscle building, and aerobic health. Stop for a month, and you may notice that some areas get softer, that you’re not able to lug as many heavy groceries, and that you get winded a little faster from taking the stairs.

“In a study of beginners who exercised for two months, their strength increased by 46 percent, and when they stopped training for two months, they lost 23 percent – half the gains they’d made,” says exercise scientist Wayne Westcott, who points out that they were still ahead of where they’d be had they never trained at all.

Further, the more fit you were to start, the slower the loss; a triathlete on a break may only drop five to 10 percent of her fitness level in a month or two. Still, when getting back into it, go easy. For strength training, start with about 75 percent of the resistance you’d been using – and increase as you feel you can. You’ll be back to where you were in probably half the length of time that you took off.

#2 You stop working out because…

You used to weight train like crazy, but for the past several months, all you’ve fit in is a few sessions a week on the treadmill.

In this case, your aerobic health should be in good shape, though you may notice that your strength and muscle tone have diminished some. Without weight training, you’ve likely lost muscle mass and gained some fat, even if the number on the scale stays the same.

READ MORE: 10 Ways To Motivate Yourself To Hit the Gym After Work

“Surprisingly, research shows that longtime endurance runners lose muscle mass at the same rate – two kilograms per decade – as everyone else, including the sedentary,” says Westcott. “Running and other cardio activities don’t build or maintain muscle mass.” Add some strength back to your bod, and into your routine, to remedy that in short order by following that 75 percent guideline mentioned above.

#3 You stop working out because…

You ran a half-marathon, then gave yourself a few weeks to recover.

A break like this isn’t a major problem aerobically for someone who was in really good cardio shape. “You’ll be down from your competitive edge, but it won’t take long to come back,” says Westcott. “Just don’t expect to come back at full-speed right away.”

He recommends easing back in using your heart rate (the zones may have changed from when you were at your peak) and perceived exertion – a seven on a scale of one to 10. He also recommends strength training as a muscle-building complement to your cardio workouts.

READ MORE: Here’s Exactly How To Start Working Out Again, After A Winter Hibernating

#4 You stop working out because…

You’ve been really into yoga but now miss the CrossFit you stopped a few months ago.

Swapping one workout for another isn’t a bad thing, necessarily. Just know that if you go back to program “A” after doing program “B,” you may not be able to bring your A-game to “A” as you once could. “Unfortunately, training is very, very specific,” says Westcott.

He points out that at the peak of his cycling career, Lance Armstrong was (very arguably) the best athlete in the world, yet when he took up marathon running, his first race was a respectable-but-not-remarkable three hours.

In the case of bodyweight training (yoga) versus weight training (CrossFit), expect your strength to be down when you first return to the gym. Which isn’t to say you should stop your Oming – no reason you shouldn’t have both in your repertoire.

#5 You stop working out because…

You got injured and haven’t been able (or wanted) to work out at all for six months.

In this case, you’ve definitely lost muscle and gained fat (as if getting hurt wasn’t bad enough!), especially if your everyday activity level was affected in addition to the lack of workouts.

“Once you’re cleared to exercise, you need to return very slowly, very light,” says Westcott. “Half or less of what you once lifted may be too much; go way down and find a resistance you can do with good form and without pain for 10 to 15 reps.”

If you know you’re going to be sidelined (or currently are), he recommends upping your protein intake in your diet to help reduce loss of muscle mass during your time off.

This article was originally published on www.womenshealthmag.com