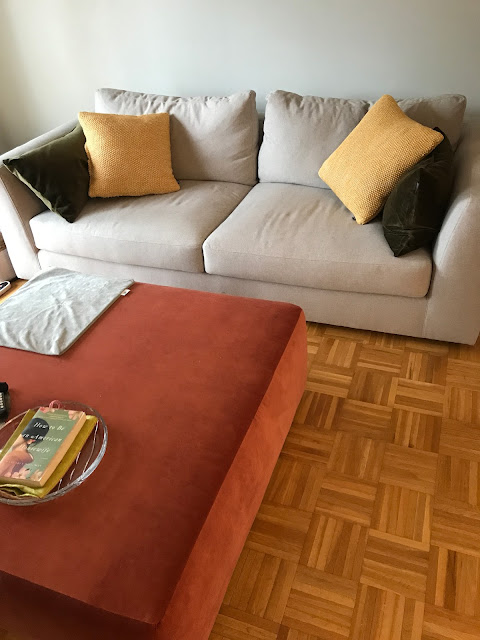 We got a new couch! We have been looking for a couch for, I kid you not, 5 years. Our old couch was so beaten up after getting clawed by cats that we were on the hunt for something nicer (it was a cheap $500 couch that worked when we first moved in together) that would withstand cats and look more chic. We finally committed to a couch and ottoman from EQ3 during their Black Friday sale last November. The ETA for both items was 14-16 weeks so we braced ourselves to expect a new couch closer to Spring, but instead we got the call that it was arriving last week! We got some extra cushions and now the search is on for a rug because with our current layout, it still looks like we have just moved in. 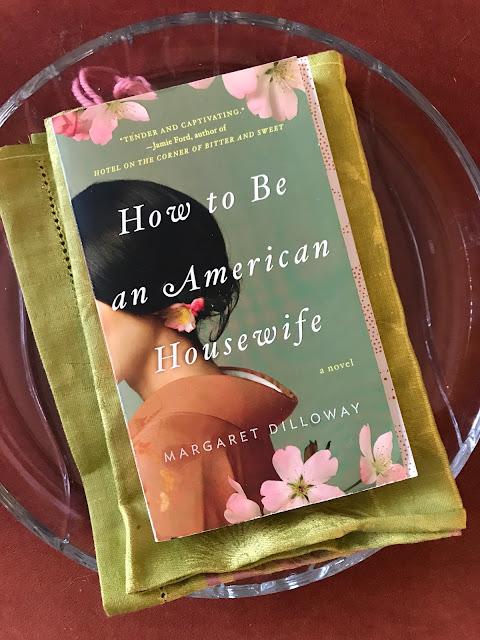 I am trying to read again and since this month is the start of the Year of the Rabbit, I grabbed a book from my unread collection about a Japanese woman who married an American GI and her struggles in America after the war and her relationship with her daughter. I am actually really enjoying the book, but I always feel quite sad when I read stories about Asian woman and their struggles adjusting to life in a “white world” and how they even end up alienated from their own children because their kids speak English perfectly, but their mothers do not. My Goodreads goal is 20 books this year so about two books a month and I am taking a long time with this one so maybe after this, I will try something a little lighter to meet my goal for the month! 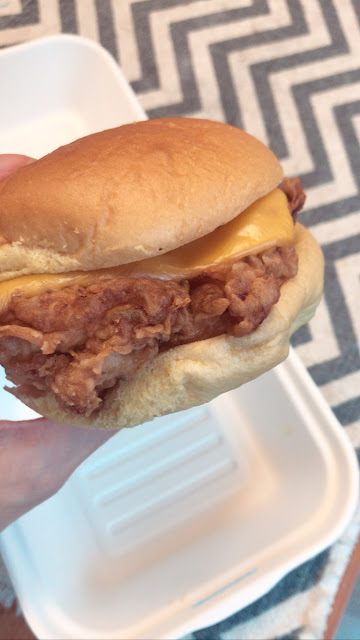 Last week I decided to be fancy and use Uber Eats to order from Cream Pony, a local eatery specializing in…donuts and fried chicken. Talk about an epic combination! I rarely use Uber Eats as I think it’s a bit of an indulgence, but last week I wanted to finally give this place a try and it was SO worth it! The sandwich was perfectly crispy and flavourful and I would hands down get this sandwich again! I have yet to try the donuts, but rest assured you will probably see those on here in the coming months!

This one is boring, but honestly it felt good to finally make a dent in my work to-do list. I have mentioned before on Instagram that I sort of got a sideways “promotion” where I gained an additional management position without really ever shedding the responsibilities of my current management position so how I can take care of two things with the same amount of hours available to me feels kind of impossible. I like having the mental capacity to stay in touch with my own clients and have time to learn product knowledge. Right now, I don’t have that time and I am hoping that over the next 6 months things improve either in terms of me being more efficient with my time OR caring less about other things I used to do. I have had to do a few hours of work from home which I HATE doing, but they were all things that have been weighing on my mind for about 6 weeks so to finally be able to do them felt really good. 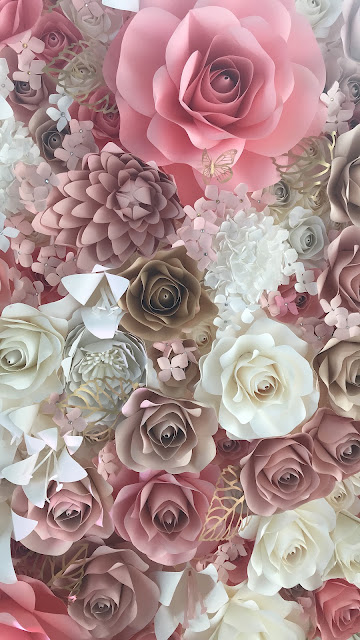 Part of my new management position involves going to Paris in the Spring! This will be my first time in Europe which might sound surprising, but as someone who HATES flying and gets quite anxious about long distances, I am both excited and horrifically nervous. I will be going for a week, but what’s nice is that my husband will get to join me for part of it so we will be able to do some touristy things for a few days. Right now, I am looking into getting an Rx for Ativan, but only want a tiny dose as I am so sensitive to medication. I also want to test it out at home in case I have some weird side effects as I would not want to deal with that on the 9.5h flight!

I am glad it’s Friday (even though I work tomorrow) and I hope everyone is ending the week on a high note! Happy Lunar New Year to those who celebrate!