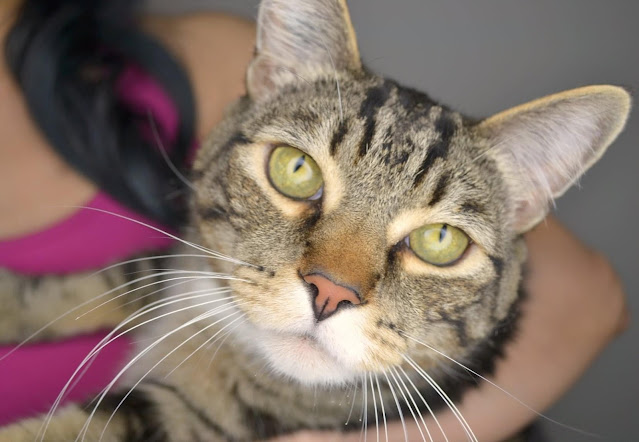 I have been trying to write a “normal” beauty post for over a week now and I can’t so I thought maybe I needed a post in between to settle my mental state and act as a bridge of sorts to connect the last post (which I had scheduled and written a week beforehand) to now. If you follow me on social media, you will know that we lost our beloved kitty Hugo in the early morning hours of August 7th. On my boy’s 8th birthday. Just three days prior, he was a his normal, annoying self and had even snuggled with me, as he did every night, and gone to sleep nestled in my arms. The next morning, I noticed he seemed to be in pain and was walking slowly. He did not come for breakfast or treats which, like most cats who are very food-motivated, was very unusual. He looked nauseated and had had an episode similar to this in June that resolved itself in about 3 hours with no symptoms afterwards so my husband and I decided to go to work and hope that it would clear up when we got home. Obviously, that didn’t happen and Hugo spent his last three days alive at Canada West under observation.
While I know with every fibre of my being that we did everything we possibly could to figure out what was going on ($3000 of tests and an overnight stay at the emergency vet), my husband and I continued doing research into what could have happened (most likely acute pancreatitis). Hugo died in such a violent way (threw a blood clot) and I hate thinking about how scared he must have been when he suddenly couldn’t breathe anymore. Thankfully, his suffering didn’t go on for very long as he was in the hands of the girls at CanWest. I had originally planned on taking him home that night as I didn’t want to leave him yet again at the hospital, but the vet assured me that Hugo was very comfortable in his own room, which I knew he loved, and was being affectionate and head-butting once again which we all took as a good sign. They just wanted to keep him for observation to see if he would eat a whole meal as he had finally shown some interest in treats after almost 3 days of not eating. I was scared that SHOULD something happen to Hugo in our care, that we would end up at the emergency again anyway so my husband and I decided that for peace of mind, Hugo would stay one more night at CanWest. I cannot even IMAGINE what would have happened had Hugo thrown the blood clot in our care. The only reason he was still alive when we got to hospital was because they had him under sedation and had given him oxygen. With us, he would have basically drowned in front of us as there was so much fluid in his lungs.
I was upset when Hemingway died in 2019, but he had cancer and we had some time with him to decide when to let him go. In Hugo’s case, that amount of time was decided for us and when I saw him after those two nights away, I didn’t recognize him. Hugo was almost human in that he was always around us and preferred the company of people to other cats. He loved being carried and trusted us so much what we could do anything to him and he wouldn’t fight. He always wanted to know what we were up to and we instinctively built our lives and routines around his habits and antics which is why his loss feels so much more profound. 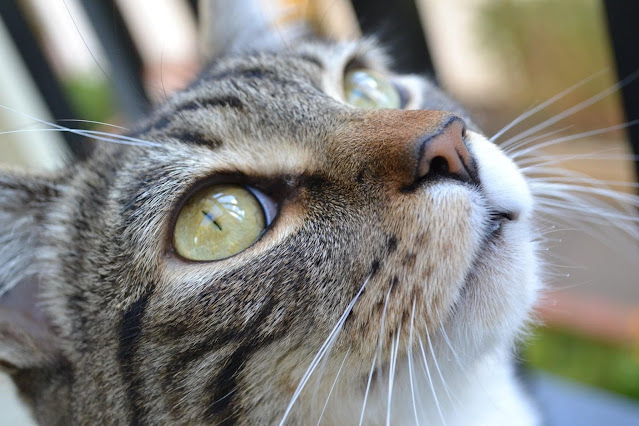 It has now been over a week since we said goodbye and Hugo is probably the closest to a family member I have lost (other than grandparents and more distant relatives). I loved him more than most people and like most furry family members, was unconditional in his love and loyalty. He would wait at the door for me as he knew what my footsteps sounded like (didn’t do this for my husband!) and somehow KNEW I was the authority figure.

For some odd reason, I had a TON of anxiety about losing Hugo leading up to his 8th birthday. Never any other year, but THIS year. I had even voiced some of my irrational fears to my husband who remembered how stressed I seemed to be about him getting sick. I had no reason to think I would lose him as Hugo was healthy (had bloodwork done less than a year ago) and though he was a sensitive cat, would always bounce back quickly. He had a few urinary issues over the years (common in males) and he would throw up a hairball every two weeks. Throwing up food for him was fairly common as he tended to eat fast even as a kitten so we never thought much of it since he always wanted food right away. Even if we had brought this up to the vet, diagnosing chronic GI issues is incredibly difficult and we may have been looking at complicated treatments in the future. I am not an overly spiritual person or someone who necessarily believes in fate, but I feel like on a certain level I knew I was going to lose Hugo. I even tempted fate by wearing watermelon nails (I have yet to post these) again as I had watermelon nails on when Hemingway’s cancer diagnosis was confirmed. I know it’s stupid to think that MY watermelon nails or my anxiety led to Hugo having a blood clot or pancreatitis, but there is that part of me that goes “Was this all my fault?” 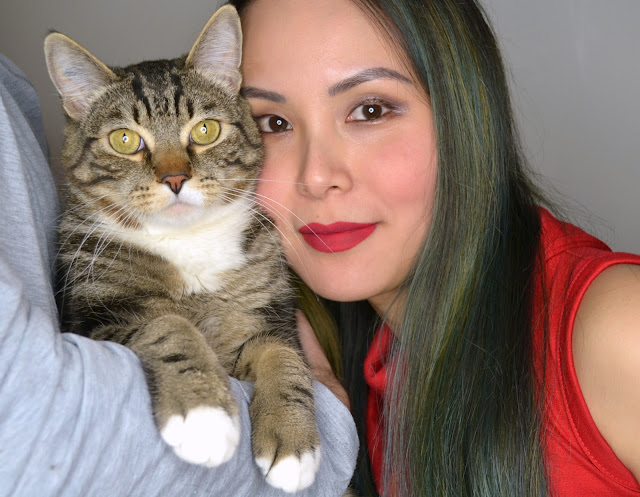 This round of grief has been different for me. I have said goodbye to cats before, but as I mentioned, Hugo was something else. He was a cat who truly wanted to be part of our human lives and because of that, I find myself on the cusp of grieving for him like I would a human being. I took a personal day (I didn’t do that with Hemingway), I am taking an indefinite amount of time off from blogging, although I feel like I should be ready by the end of this month and I am actively looking for ways to keep Hugo close to me. I didn’t want ashes or a paw print. I want something you would do for a human so I am in the process of designing a ring with his and Hemingway’s birthstones (both were born in August) and will have their names engraved on the inside of the band. I am usually very pragmatic and logical to the point of seeming insensitive at times, but for Hugo and what has happened in the last week, I am letting myself be a crazy, emotionally-charged cat lady who misses her boy and how he shaped her life.
How have you dealt with losing a furry family member?