Ah, I know I don’t have real nail art for today, but I have been desperately trying to catch up with house chores which has zapped most of my after-work energy. I also have been going to bed at around 1am which is not good considering I need to be up at 7am though my husband measured by REM sleep with his fancy runner’s watch and apparently I am very efficient with my sleep! He says that despite having only 6 hours of sleep, half of that is consistently REM sleep which he says he never gets! I attribute that to taking a more regular dose of CBD every night after my shower. Still, I always feel like death when my alarm goes off and then about three Snooze Buttons later, I finally decide to get up! Yes, I know I am one of those people who laze around in bed for awhile before finally getting up! 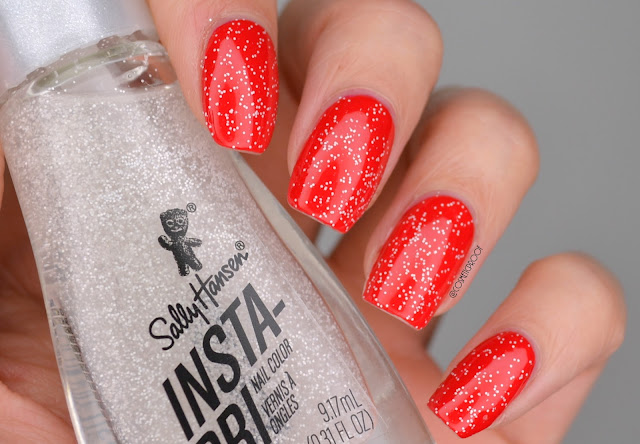 Press samples
Today’s manicure is only really Fall-themed because the Sally Hansen Insta-Dri Sour Patch Kids collection was released for Halloween which is in Fall and therefore qualifies for our theme (I know this looks more like Christmas). The Insta Dri polishes are my favourite formula out of all Sally Hansen polishes and the red shade “The Un-Red” was opaque all in one coat and will probably be brought out again for the holidays! I topped it off with the silvery white microglitter “First Sour, Then Sweet” meant to symbolize the sugar crystals on a Sour Patch Kid candy and needed two coats to get this look. 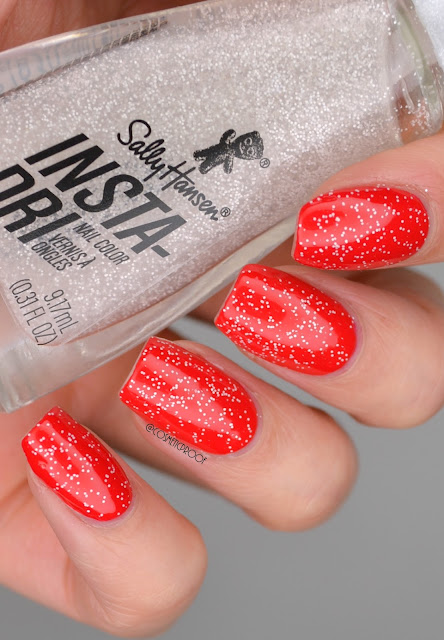 Happy Monday everyone and be sure to check out Renee and Trysh’s blogs for their Fall Manicures this week!