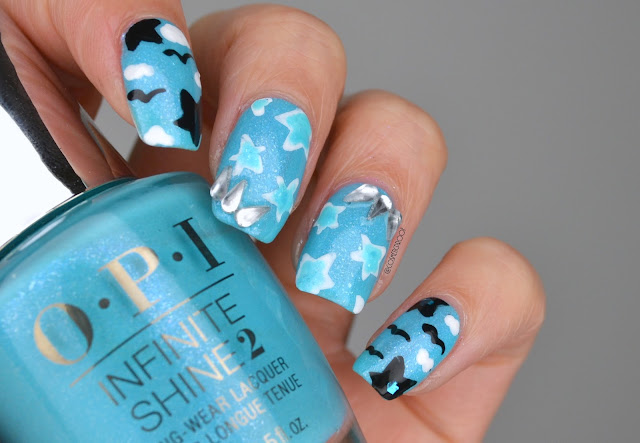 Press samples
For this week’s Allyship-themed #CBBxManiMonday, I am paying tribute to Shannen Koostachin who was an Indigenous youth activist from Attawapiskat First Nation in Ontario who at the age of 14, led a movement for “safe and comfy” schools and quality cuturally-based education for all First Nations children. I first heard of this incredible young woman because of Cheekbone Beauty as they donate to the organization Shannen’s Dream. I also own the lipstick shade “Shannen” which is a stunning bright red!
After Shannen herself had to endure learning in portables that had intermittent power and then finally shut down to a fuel leak that was already decades old, she realized the Canadian government needed to provide funding for Indigenous children everywhere which eventually led her to the steps of Parliament Hill in 2008. 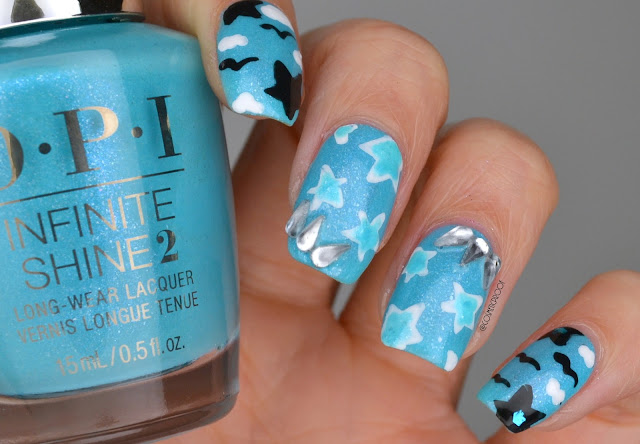 Sadly, Shannen never got to see her school rebuilt as she died tragically in a car accident in 2010, but those who fought by her side wanted to continue her work by forming Shannen’s Dream. This is a student and youth focused organization that “ensures all First Nations children and youth have the same education opportunities as others but in ways that respect their language and culture and takes into account that they may not be starting from the same place.” This year, Shannen’s Dream was able to launch the Shannen’s Dream Scholarship which provides post-secondary aid to First Nations students.

My nails are inspired by the regalia Shannen wore and is also the image used for her statue in New Liskeard. She looked so beautiful dancing with the symbols being a tribute to her Cree heritage that I did my best to do an interpretation of her outfit. I am using OPI “Sky True to Yourself” from the new Power of Hue collection which I thought was perfect and then I added some stars, birds and crystals. I struggled with a design as I realized I didn’t have the artistic ability to draw what was on her regalia exactly. 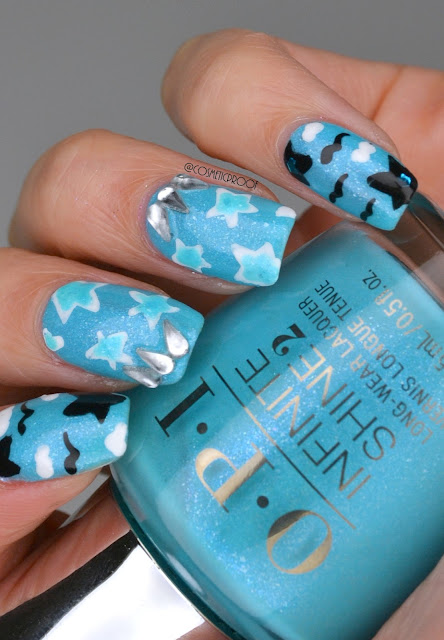 To learn more about and donate to Shannen’s Dream head on over to the First Nations Child & Family Caring Society and also check out the documentary about Shannen Koostachin that was done by Alanis Obamsawin called “Hi-Ho Mistahey!”

Happy Monday everyone and be sure to check out Renee and Trysh’s blogs for their Allyship manicures this week!